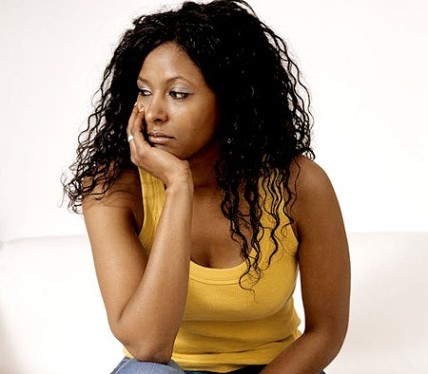 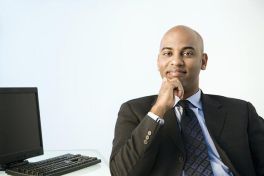 Two men who would change her destiny forever – one for good and the other in the worst way possible.

One, a bad mistake that will haunt her for years to come but holds secrets about her no one must know.

The other – the keeper, the forever guy – the one she needs in her journey of life.

Which one does she go for?

She got to his room and knocked on the door.

The suite was all cream walls, expensive rich brown leather settees and a golden brown carpet.  A big bouquet of freshly cut flowers dominated the huge glass coffee table.  The news was on the large plasma TV.  As she went into the room she saw that Tunde was outside on the veranda staring down at the city below him as if he owned it all.

She joined him and looked at the street below, cars and people like little stars against a black velvet sky.

“You can view Lagos from here.”

He turned and nodded. His eyes meeting hers and then sweeping over her, drinking in every atom of her appearance.  “Oh. I agree. I like the view I’m seeing now.”

She stared at him silently. A myriad of thoughts going through her mind.

He turned to look at her a small smile on his face. “I wonder what is going on in that pretty head of yours?”

She folded her arms across her chest. “Can we just get on with this?”

“Hey slow down. Let’s at least get to know each other a bit more.”

She stared at him. Words were superfluous at this point in time. Her lips tightened. He wasn’t to know that she wasn’t a runs girl. A fact that he was going to find out imminently.   Fear tied her stomachs into knots.

Maybe she should leave. Go back to her parents. See if they could raise the money to pay the four years rent arrears, pay her brother s school fees. Pay for her grandmothers operation…..anything but selling her soul.

She took a step back but he was standing in front of her, his warm breath tickling her neck. She could see the hunger in his eyes.

He was smiling. It was a slow smile. It started from those compelling eyes of his and rested in the dimple at the side of his mouth. “That’s a shame. You’ve only been here for 5 minutes!  Why the rush. I thought we had plans for this evening.”

“I don’t want to be part of those plans any more. I’ve changed my mind.”

His eyes were hard. “I thought we had a deal.”

“This isn’t a contract.”

He shrugged. “Have it your way. You want this job. It’s yours. You want to help out your family? Ten thousand pounds.  It’s all up to you, Lola. I can have the money in your account first thing tomorrow.”

Ten thousand what …..and a job!

She hated that. She had now taken her first step into the Runs girl school of philosophy.

She thought of the implications of what he had discussed. Her mouth was dry.

He was looking at his watch. “So what is it to be Lola? Let’s not waste each other’s time.”

She stared at him as the meaning of her predicament sank in. “O.K”

“O.K. Is that all you have to say. “He laughed and took a step towards her taking her hands in his. “Don’t look at me like that Lola; it’s not as if you’re some rookie at this.” He whispered as his lips clamped down on hers and she stood like a statue. His hand rested lightly on her waist then moved to cover her heart.

The next day Tony sat in the car watching Ada’s house. Everything looked the same. The old lady was still on the veranda, frying yam. The young men were gathered in the front yard, playing cards and ogling a group of teenage girls who walked past.  The little shop that sold soft drinks was open and a few customers milled around in front.

Tony sat in the car until evening, hoping he would see Ada, but she never came. He was relieved when he saw her roommate return, though. He waited for her to greet the old woman and let herself into the house and then he approached. Everyone looked up.

He bent his head and greeted the old woman in Yoruba.

He understood enough Yoruba to register what she was saying, and nodded.

He walked down the corridor and knocked on her door. It opened and Liz stuck her head out.

He tried to smile. “Don’t be like that Liz. At least hear me out…”

She stared at him. “If you came to see her you are at least a day late.”

“She is fine. Well, as fine as she could be in the circumstances after the way you and your family treated her.”

“That’s what I wanted to see her about. I don’t understand what is going on, but surely she should know that I’m prepared to give her the benefit of the doubt.”

Liz shrugged. “Una do well eh …you and your family. But I’m the wrong person to talk to.”“

“I’ve been in the hospital with my father. It was serious – in fact still is. It was difficult to get away. I’ve been texting Ada all night and there has been no response.  Her phone has been switched off.”

“So?” Liz folded her hands over her chest.

“Liz – I’m tired and have had a horrible few days. Where is she?”

His brows knitted together. “What do you mean in the East somewhere? Don’t you  have a forwarding address for her?”

He sighed. “Look Liz I can understand your feelings for your friend but if you really care about her you would want us to sort things out. I have really deep feelings for Ada. I realise now that I’ve messed up big time and all I want to do is to see her and apologise.”

“I’m telling you the truth – when Ada left here she was absolutely heartbroken. She went back home to see her Father and would be there for a week or so before she decided what she is going to do next.”

“What do you mean – what she is going to do next? Isn’t she coming back to Lagos for her final year?

“No. She is going to take her credits to another Uni. She told me she has spoken to someone and it can be done.”

She watched his face fall as she said this. To give him credit he did not look himself. He had not shaved and was dressed in rough jeans and a shirt that had not seen an iron. He also looked as if he had lost a lot of weight.

Serve him right. Like most men he did not know a good thing until it was taken from him.

“She did leave something for you though …she said you might turn up soon.”  She went back into the room and came out with a couple of books which she handed over to him.

“The books you lent her.”

Tony scratched his head as he stared at the copies of Persuasion and No Longer at Ease. “Liz…in the name of God give me any information you have on where she can be reached. I love her.”

She looked at him and saw the tears in his eyes. Chei! – Only Ada could make a big man cry like this. Na wa o.  She shook her head. “Sorry. I cannot help you. Goodbye.” She put her hand on the door handle.

Tony walked down the corridor, like a man in a trance.

copyright - Olawritesfiction 2012. Unauthorized use and/or duplication of any material on this blog and website without express and written permission from this blog’s author and owner is strictly prohibited. Excerpts and links may be used, provided that full and clear credit is given to Olawritesfiction with appropriate and specific direction to the original content.

Inspired by my love for lighthouses

Writer of hot, humorous and heartfelt romance fiction. Nominated for an Ufere Award 2017: Author of the Year. Walking in paradise!

The Elephant in the Room...

Rediscovering Africa, One Book At A Time